There’s a discipline for every person’s taste and every horse’s ability!

Whether you want to ride or drive a horse (or do both), there is a division to suit everyone’s abilities and interests.

The versatile seat… Basic Balance Seat. All new students start from the very basics of classical training and equitation, and then can choose from the many disciplines that BHEC offers below. 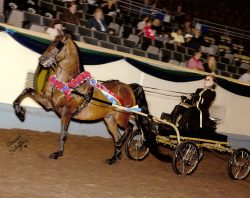 Driving a horse has almost as many different variations as riding. This is a wonderful equine facet for those who are not physically or mentally up to climbing aboard a horse, but want the personal excitement of partnering for fun and activities with horses. Experienced horsemen utilize driving as a critical component of the development and conditioning of their horses and it is generally considered a precursor to training a horse to ride. 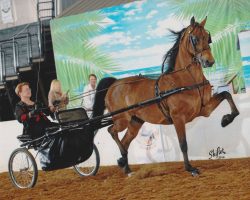 One of the most exciting, challenging and popular driving sports today is the Combined Driving Event, which consists of three very distinct phases. First is the dressage test to illustrate the harmony between driver and horse as they drive a set pattern. Second, the cross-country marathon course provides a challenging series of outdoor obstacles where horse and driver must maneuver in and around and complete the course in the shortest time possible. The obstacle cones phase is performed at the end of the competition and demonstrates how well the horses have recovered physically and mentally from the stress of the marathon as they maneuver through a sometimes difficult and challenging pattern between sets of cones. Visit the American Driving Society website for more information on this internationally popular sport. 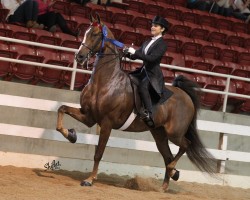 Equitation …in All Disciplines!

Any comprehensive work on our sport has to begin with the rider’s position. A study of our discipline is somewhat difficult because there is no one work that pulls together the evolution of the accepted style of riding in the USA today. Our roots go back to the beginning of riding history; today’s seat and style is a composite that best suits modern needs in the show ring. The definition of equitation is “that position which allows the rider to perform a function with the least amount of energy.”

Hunter Seat is terminology used in the United States and Canada to refer to a style of forward seat riding commonly found at American horse shows. Along with Dressage, it is one of the two classic forms of English riding. The Hunter seat is based on the tradition of fox hunting. Hunter seat competition in North America includes both flat and over fences for show hunters, which judge the horse’s movement and form, and equitation classes, which judge the rider’s ability both on the flat and over fences. Hunter seat is also the generic term used to describe any form of forward seat, including that seen in show jumping and eventing. Both the Morgan and American Saddlebred breeds also offer hunter seat equitation on the flat classes for their junior exhibitor riders. 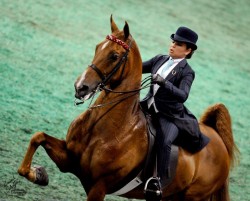 Bobbin Hollow offers expert training for all divisions in the  Saddlebred, Morgan and Hackney Pony breeds. Saddle Seat is the primary style of the animated disciplines, with the cutback pommel on the saddle allowing for plenty of room for the withers on these horses with a naturally high neckset.

Western riding is a style of horseback riding which evolved from the ranching and warfare traditions brought to the Americas by the Spanish Conquistadors, and both equipment and riding style evolved to meet the working needs of the cowboy in the American West. American cowboys needed to work long hours in the saddle over rough terrain, sometimes needing to rope cattle with a lariat or lasso. Because of the necessity to control the horse with one hand and use a rope with the other, western horses were trained to neck rein: to change direction with light pressure of a rein against the horse’s neck. Horses were also trained to exercise a certain degree of independence in using their natural instincts to follow the movements of a cow, thus a riding style developed that emphasized a deep, secure seat, and training methods encouraged a horse to be responsive on very light rein contact. 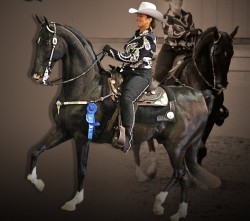 Though the differences in equipment appear dramatic, fewer differences between English and Western riding exist than most people think. Both styles require riders to have a solid seat, with the hips and shoulders balanced over the feet, with hands independent of the seat so as to avoid jerking the horse in the mouth and interfering with its performance.

Western Pleasure is a western style competition at horse shows that evaluates horses on manners and suitability of the horse for a relaxed, but collected cadence and relatively slow speed of gait, along with calm and responsive disposition. The horse is to appear to be comfortable and a pleasure to ride. Most light horse breeds in the United States and Canada compete in western pleasure classes, either in open competition or at shows limited to a single breed. However, horse conformation and temperament play a role in this event, and hence animals that are calm, quiet, have collected, soft gaits and the strong muscling required to sustain slow, controlled movement are the most competitive.

Ready to make an appointment for your first lesson? Visit our RIDING LESSONS page!

The saddle seat discipline is our focus, but we are also adept at the show hunter pleasure horse, park and pleasure driving and equitation in all seats. We offer riding and driving instruction from beginner to advanced.

If you love the anticipation of selecting and developing a prospect, our highly experienced staff can guide you through the process of finding and bringing along a youngster and guiding its career to fruition.

Horses are rewarding in so many ways—recreationally, emotionally, and socially as they bring us together for the love of the sport and the horse itself.

Plan a visit to Bobbin Hollow and find the true meaning of horselover...